Our drawing office is at your service for questions on the dimensioning, drawing and design of wheelchair ramps.

Our drawing office is at your service for questions on the dimensioning, drawing and design of wheelchair ramps.

Factors to bear in mind during your project planning

Factors to consider before ordering

The requirements placed on gangways for the disabled are increasing rapidly. At Weland, we are constantly up-to-date and can provide you with information about the requirements and adaptations that apply for your particular project.

Our ramps are designed för 3 kN/m2.
For other loads we can offer different alternatives.

Summary of the Construction Rules issued by the Swedish National Board of Housing, Building and Planning regarding Disability (supplement to BBR).

Accessibility to buildings
At least one entrance to a building that must be accessible for personnel with impaired movement and sense of locality must be placed and designed so it can be used by these individuals.

General recommendation
The gangway should: Be horizontal or have a maximum incline of 1:12 between at least 2 metre long rest landings. Have a maximum height difference of 0.5 metres between rest landings. But be at least 1.3 metres wide. In some cases, for example individual customisation, narrower gangways may be acceptable.

Entrance and communication areas
Gangways on premises or connecting routes should have a maximum incline of 1:12 and a maximum height of 0.5 metres between intermediate landings that are at least 2 metre long.

As a gangway, according to the provisions, should take up a height difference of max. 0.5 metres, a gangway that has an incline of 1:12 should be no longer than 6 metres. A level difference of more than 0.5 metres must be divided between two gangways with an intermediate rest landing.

Read more about accessibility on the Swedish National Board of Housing, Building and Planning website.

Example of gangways and landings and intermediate landings

Gangways with landings 90°, no adjacent walls. 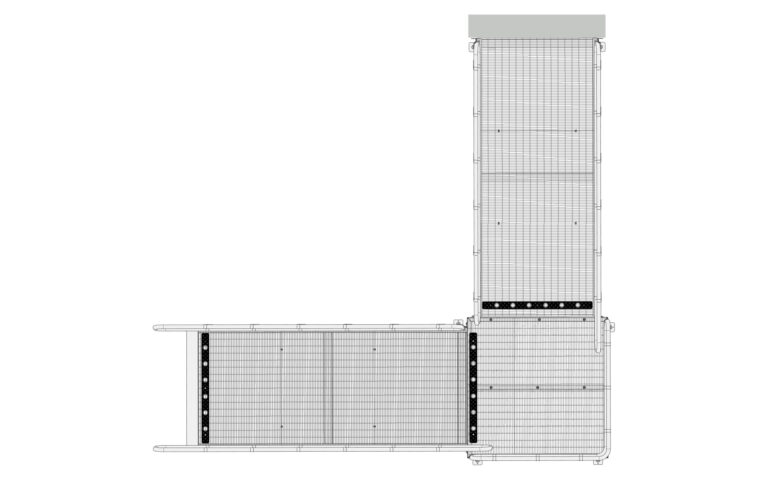 Gangways with landings 90°, one side of the landing fastens to the wall. 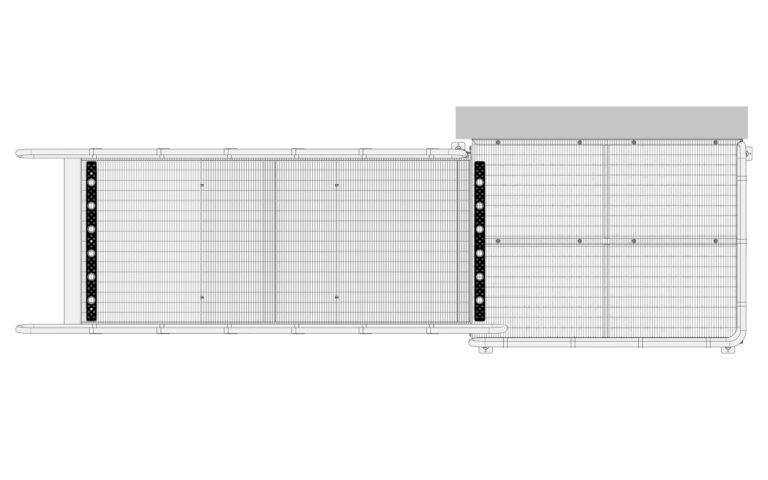 Gangways with landings 180°, no adjacent walls. 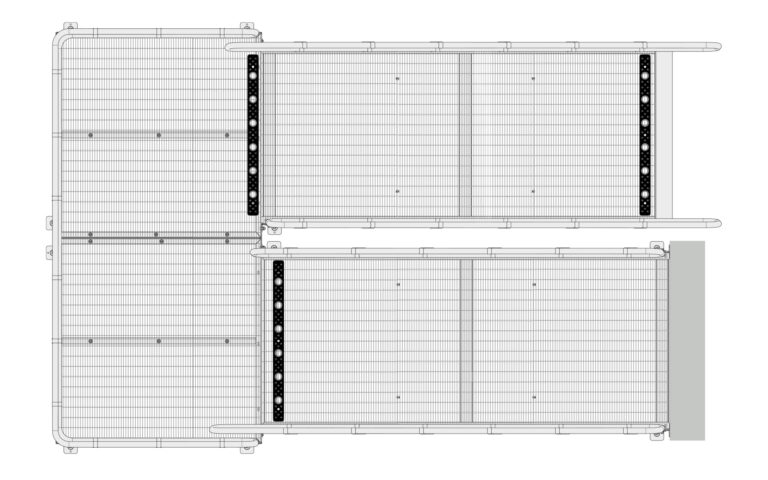 Gangways with a height greater than 0.5 m are provided with intermediate rest landing 2 m and continue straight forwards. The landing can be fixed to a wall. 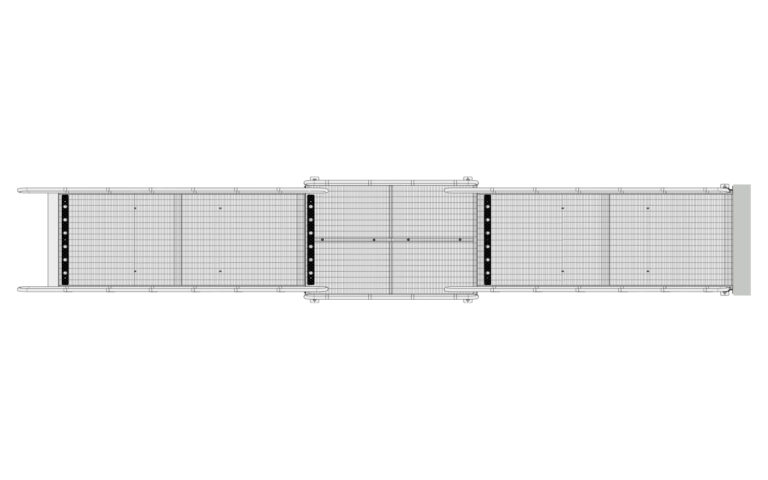 Since 2003, we have used stainless steel handrails in our steel walkways.
We see a number of customer benefits in this, such as a more beautiful product with an even higher sense of quality. Combined with our modern production park, the stainless steel handrail also contributes to very fast delivery times.
Many years of experience with a proven method and a good relationship between anode and cathode where the results do not show any rust, make us very confident that the relationship between hot-dip galvanized and stainless does not cause any corrosion.